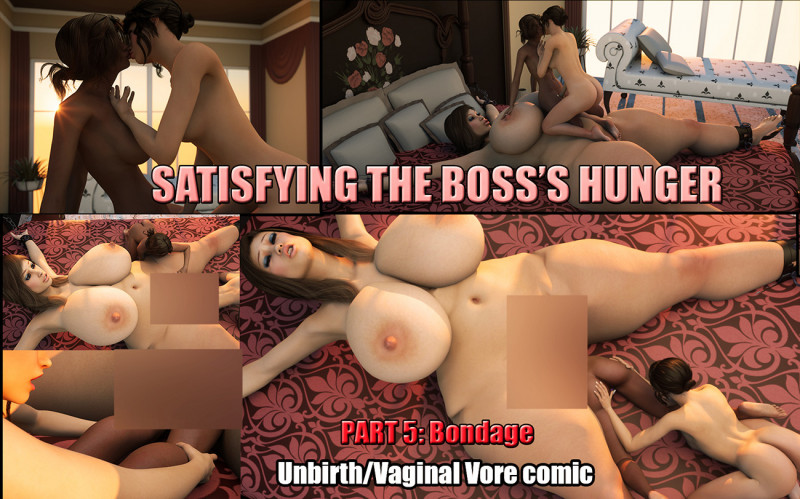 Sheryl is used to being the one in charge. Of course she is; after all, she's 9'12'' (and growing), and she can swallow people whole with her pussy! But for one date, she decides to try being submissive for once. For once, with Sheryl tied to the bed, her comparatively tiny girlfriend Jen is in charge. They bring an unsuspecting third partner home, to have fun with, before getting ultimately fed to Sheryl's pussy. But this time Jen can taunt and tease Sheryl, toying with Sheryl until she decides it's time. With story by unbirth writer groblek, and art by Redfired0g, this comic has over 50 HD pages of forced unbirth, bondage, and lesbian action!

This fifth part features a giantess in bondage, lesbian sex, the use of a woman as a giant sex toy, unbirthing and absorption of one more woman into Sheryl.