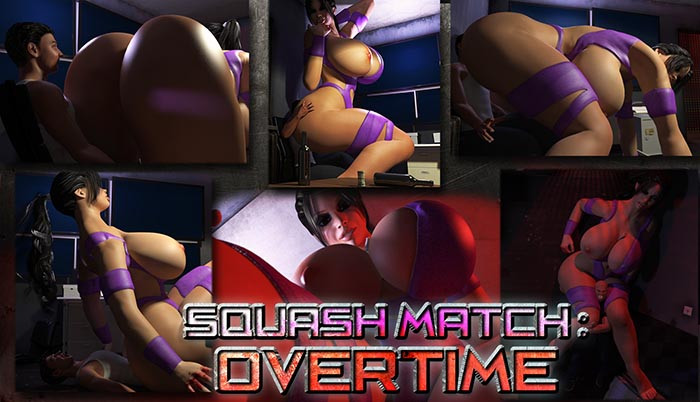 Squash Match: Overtime (Minigiantess, crush) The 10-foot female wrestler Ann "Mashing Miranda" just had the first defeat of her wrestling career. She may have literally crushed the competition in the ring, but because of a technicality she still officially lost! Ann wants to get her cash and go home, and god help her if anyone gives her shit. Unfortunately, Frank, one of the bosses, just can't help himself. He gives Ann a hard time, mocking her defeat and making lewd comments. After he goes too far, Ann gives him what he asked for, and then some...